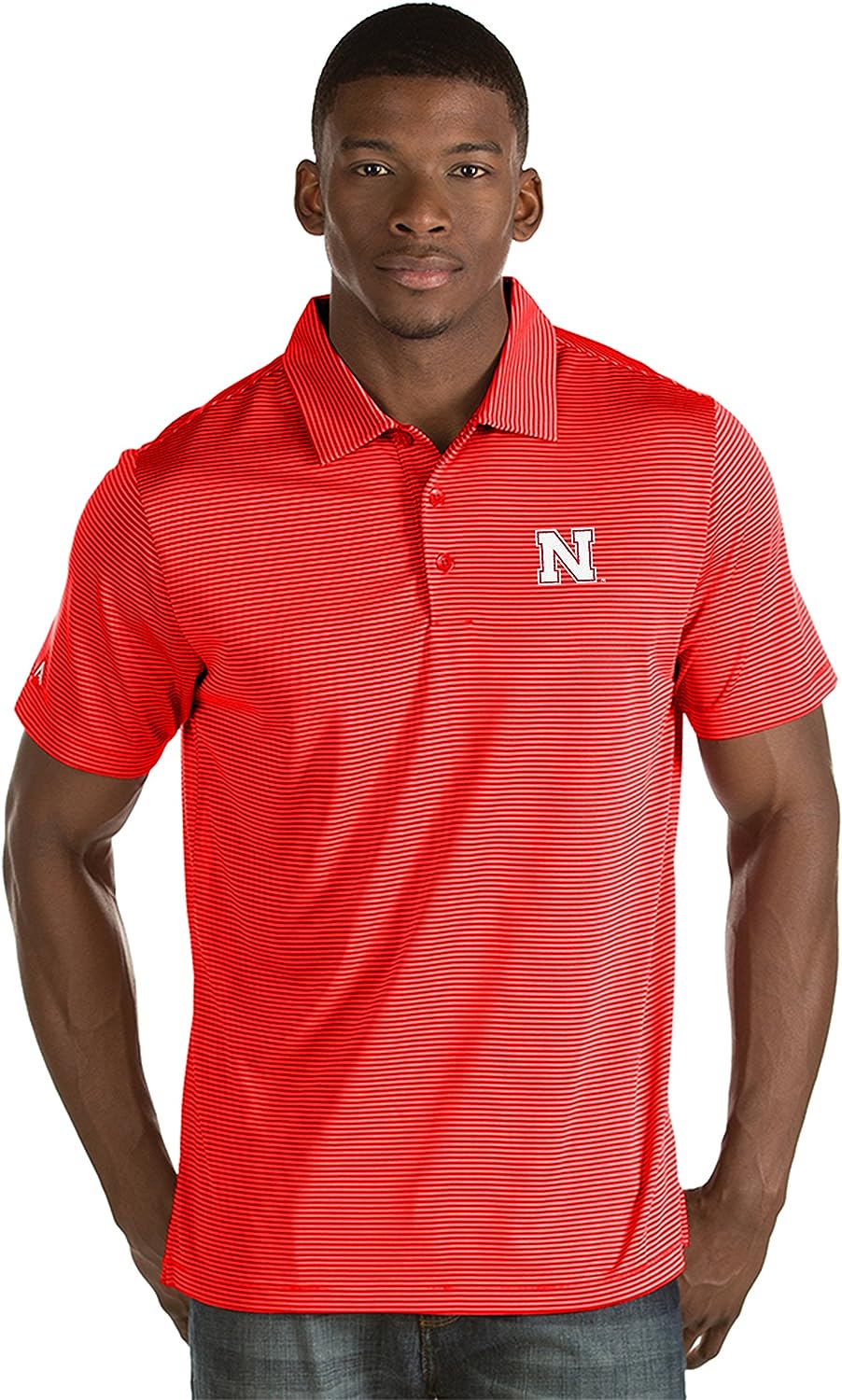 This Nebraska Huskers striped polo is made of 100% polyester Desert Dry. It features a 3-button placket, self collar, side slits, and NU pride!