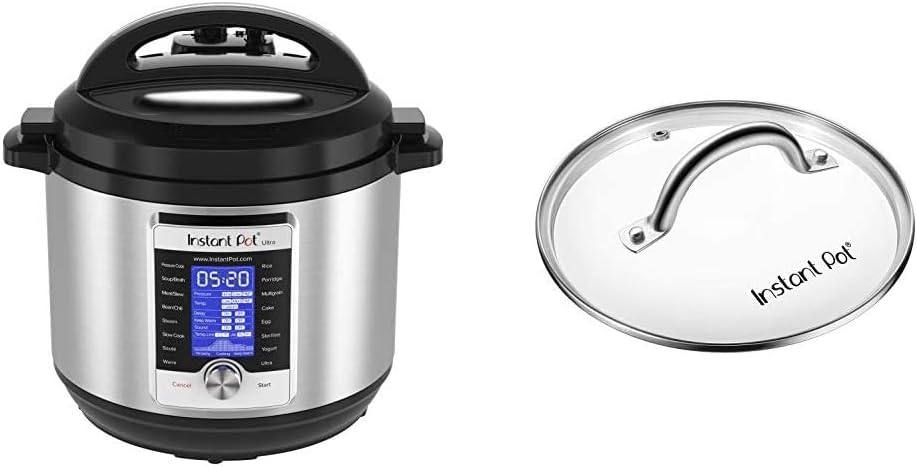 Instant Pot Ultra 10 In 1 Multi-Use Programmable Cooker is the next generation in kitchen appliances. Designed for the home chef looking for a greater degree of customization and control for even greater precision cooking. The Ultra combines the functions of a Pressure Cooker, Slow Cooker, Rice/Porridge Cooker, Cake Maker, Yogurt Maker, Sauté/Searing, Steamer, Warmer, Sterilizer, and, a truly new and unique feature, the Ultra program. The 'Ultra' provides complete custom programming for pressure and non-pressure cooking. Now, one can set the exact parameters desired to achieve perfect results each and every time. With the 'Altitude' adjustment, the guesswork is eliminated from a recipe conversion providing a more precise cooking time. Designed with a large, blue LCD display with a 'Cooking Indicator' to provide one a clear visual on the progress of your dish from preheating, cooking, and Keep Warm. A central dial with a simple turn and press provides added precision in program selection and adjustments. And, the new - 'Steam Release Reset Button' ensures the safer handling of the steam release after cooking is completed. Built with 16 smart programs: Soup/Broth, Meat/Stew, Bean/Chili, Cake, Egg, Slow Cook, Sauté/Searing, Rice, Multigrain, Porridge, Steam, Sterilize, Yogurt, Warm, Pressure Cook, and Ultra. Now, your favorite dishes are as simple as selecting your preferences and having them ready up to 70% faster. With the 'Sterilize' program one can pasteurize dairy products, sterilize baby bottles, jars, and utensils; as well as, perform certain types of canning much more conveniently than ever before The 'Cake Maker' is designed to prepare soft and moist cakes and the 'Egg' prepares perfect eggs in just a few minutes. America's most trusted brand has moved into a category of its own with the Instant Pot Ultra. Dual pressure settings – For fast and flexible cooking – Cooking with high pressure reduces cooking time by up to 70% and the low pressure avoids overcooking delicate food.
The Instant Pot tempered glass lid with steam vent and stainless steel rim and handle is designed for use with the Instant Pot Multi-Use Programmable Pressure Cooker. Ideal for when your cooker goes into the “Keep-Warm” mode and, when using the “Sauté” and “Slow Cook” programs. It may also be used in the oven with the inner cooking pot up to 428F (220C). This genuine Instant Pot lid makes it ideal for serving and is easy to clean. 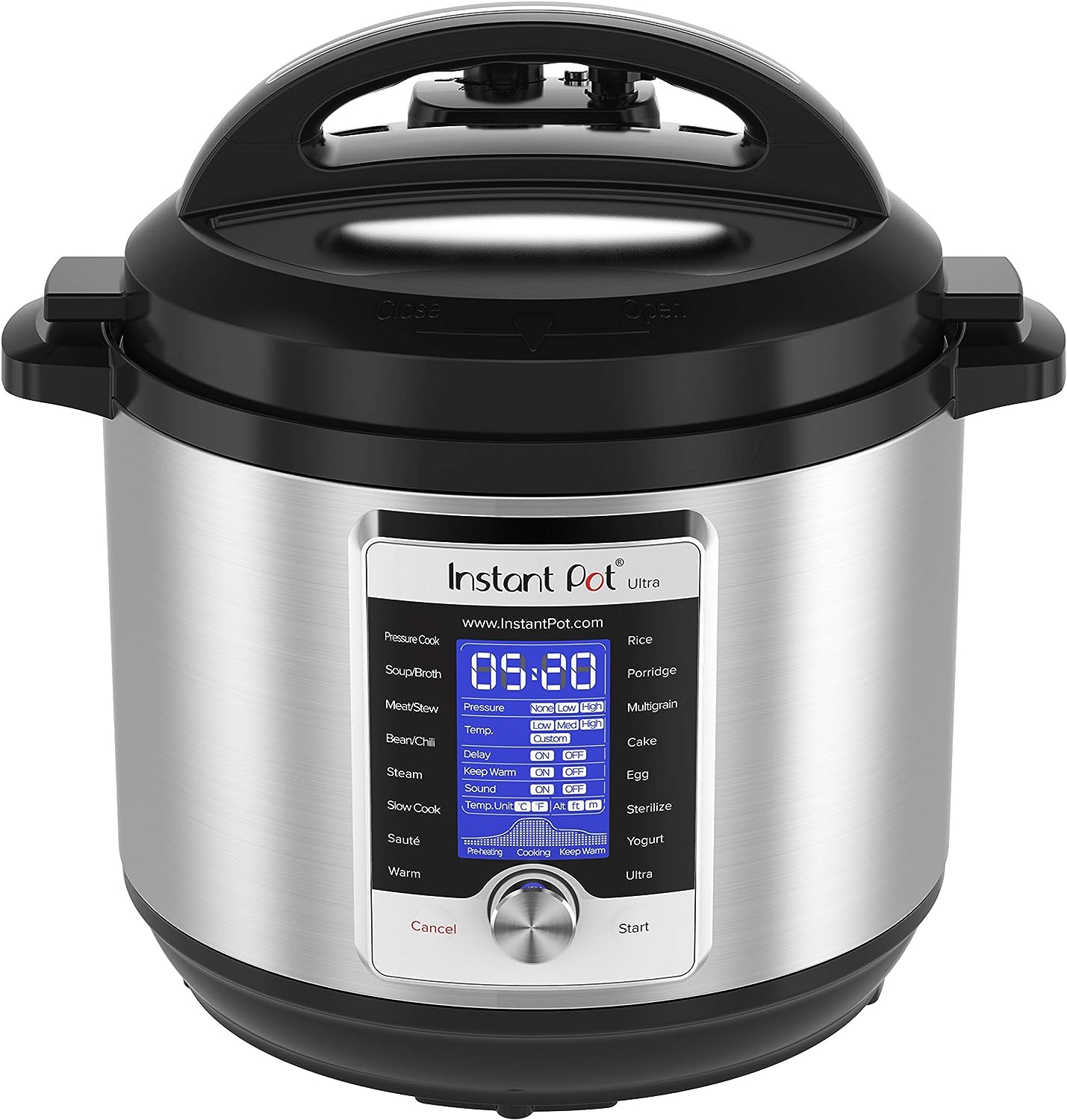 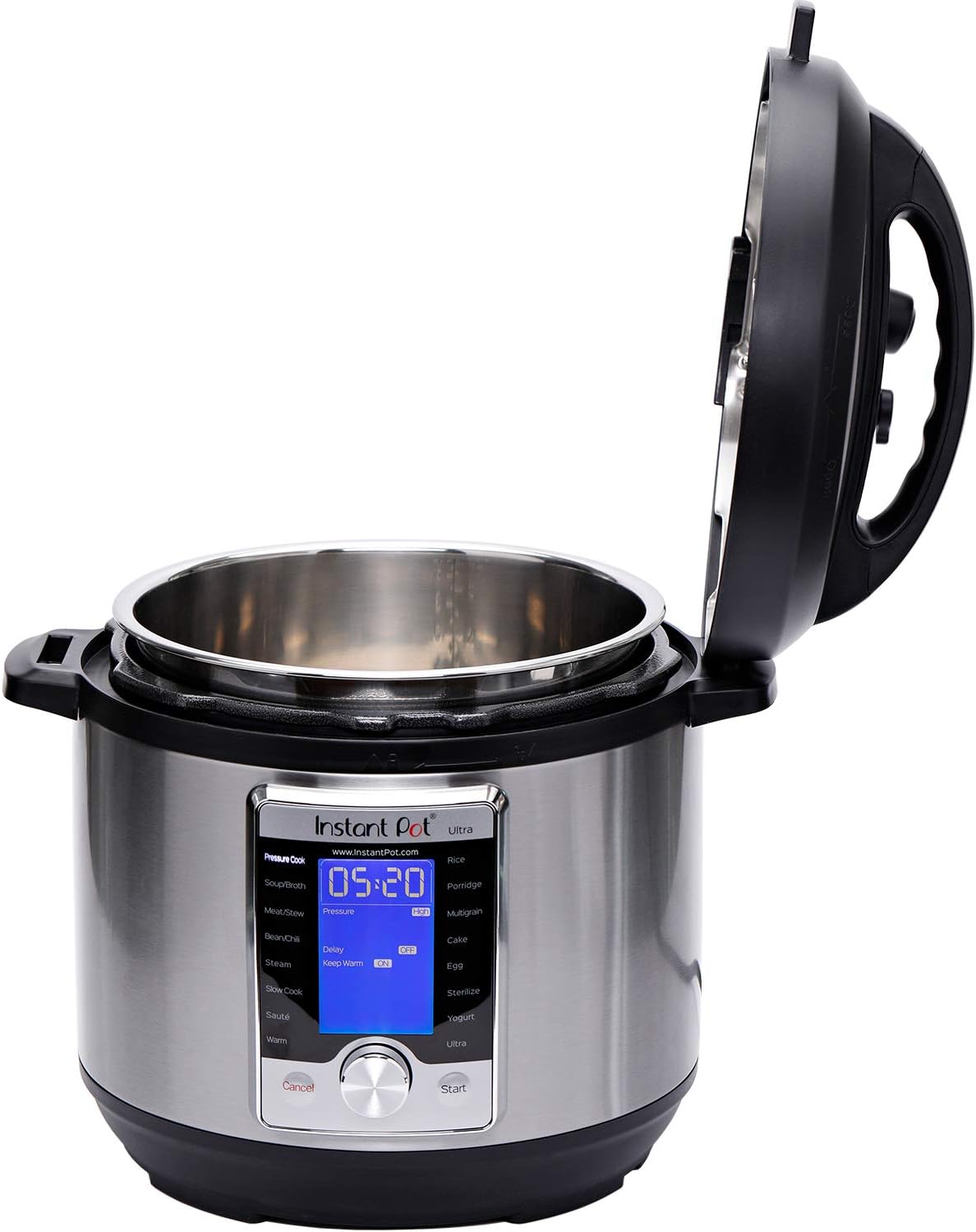 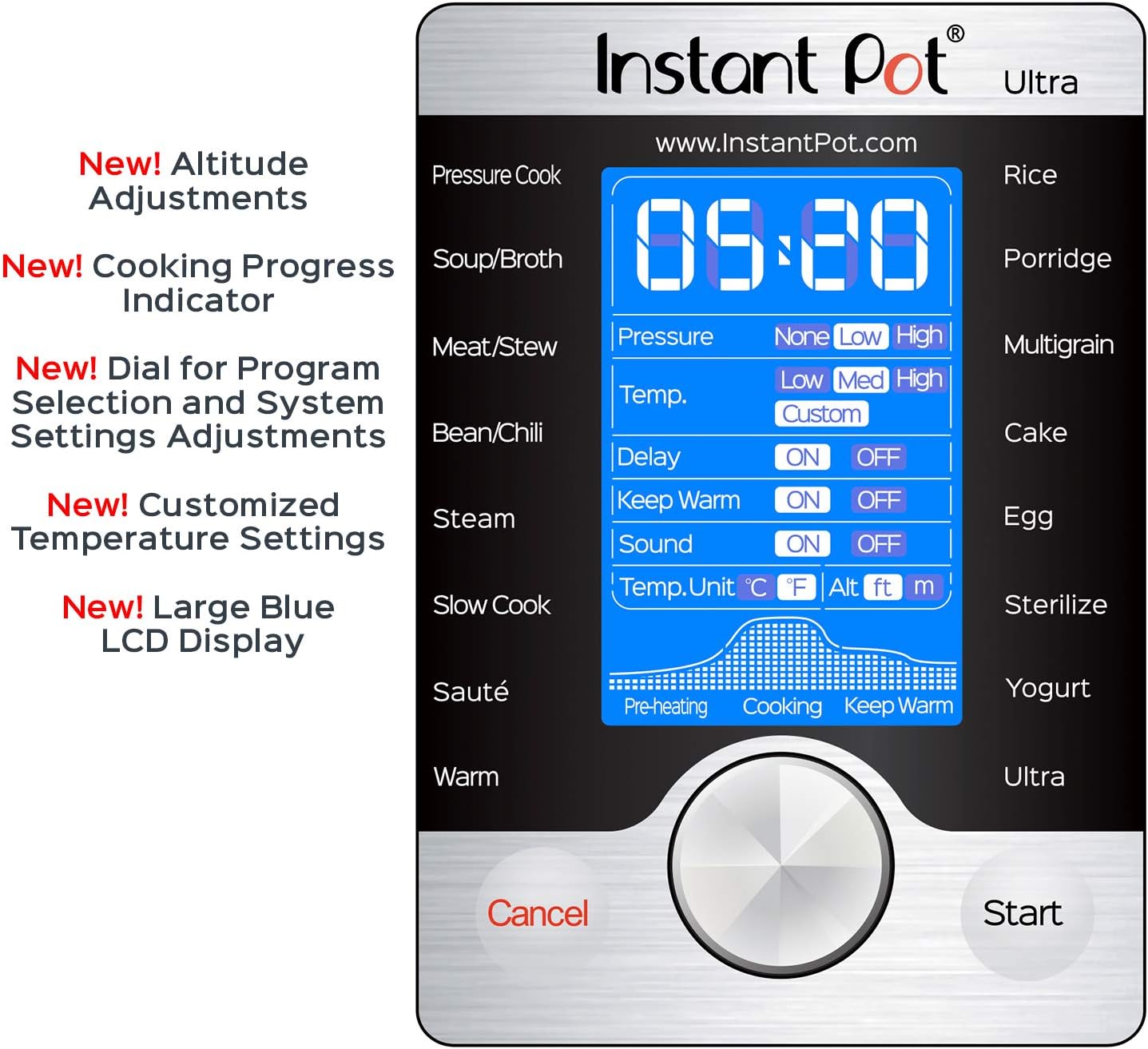 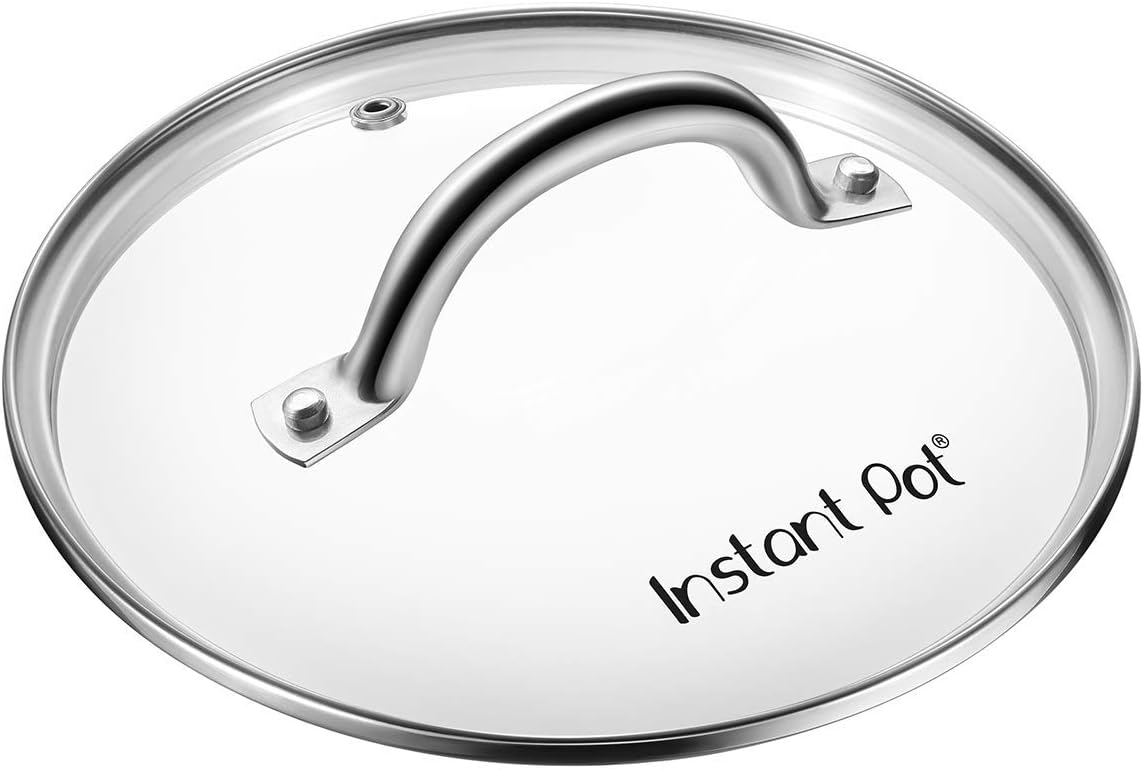 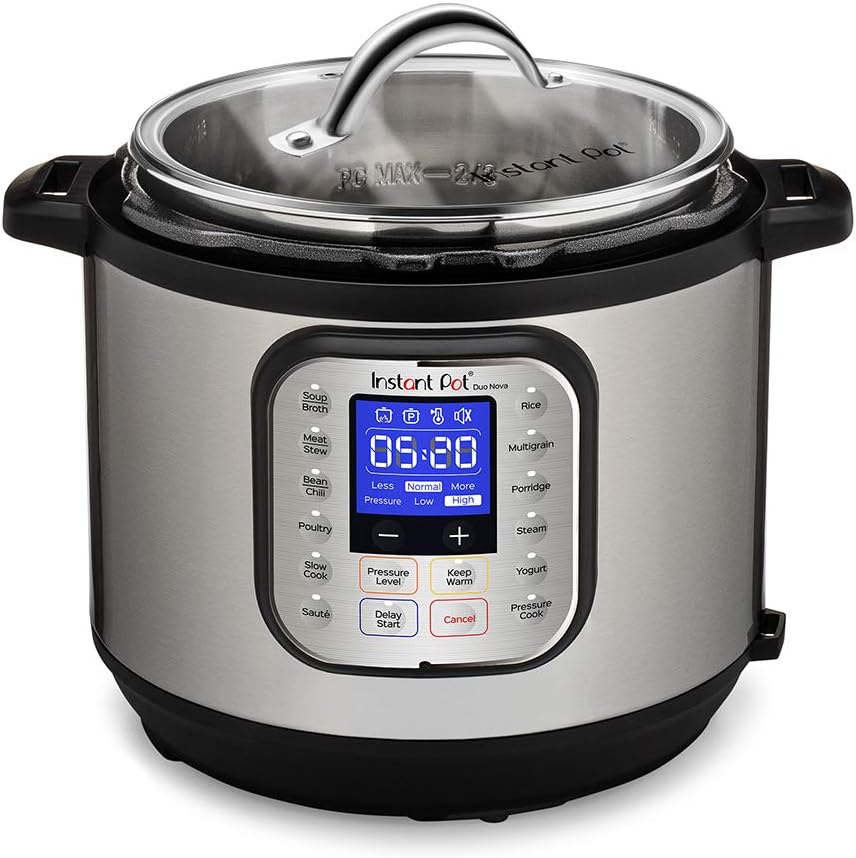 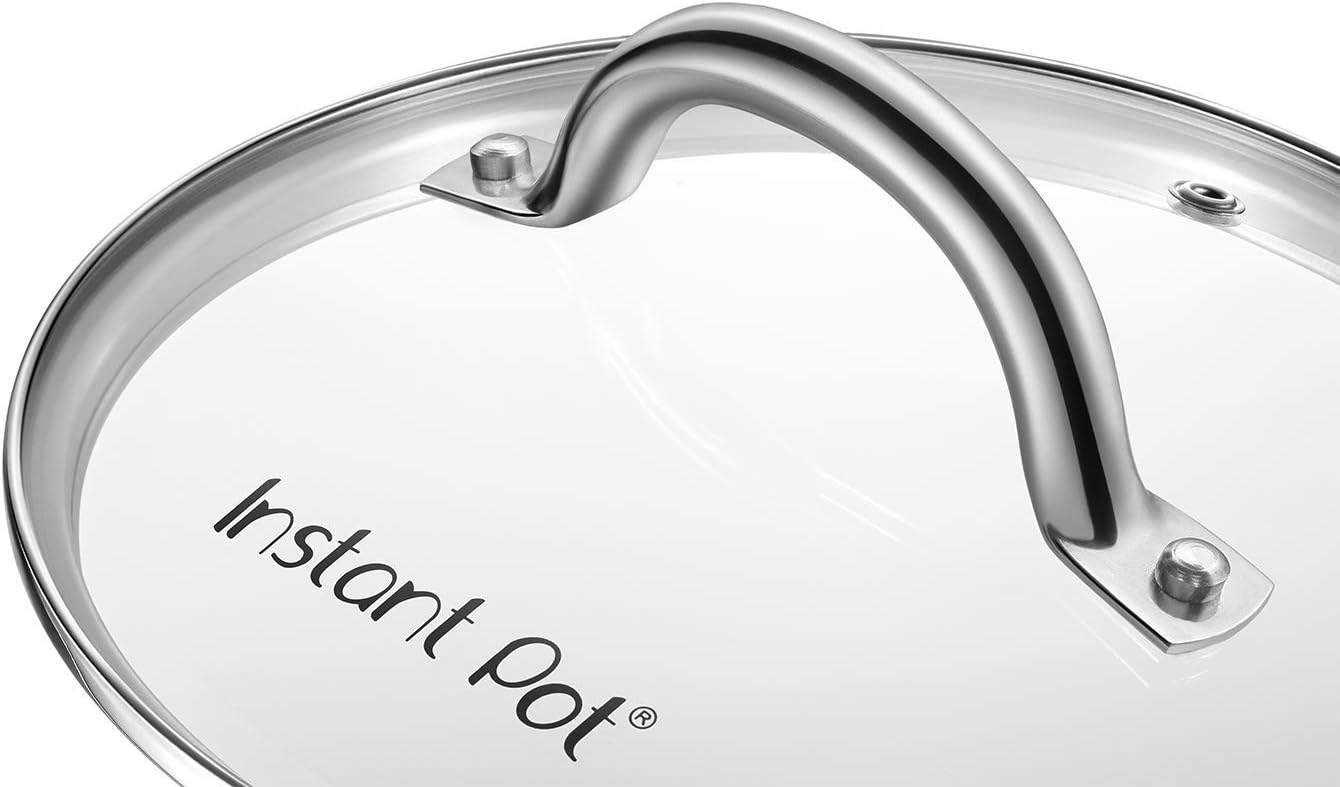